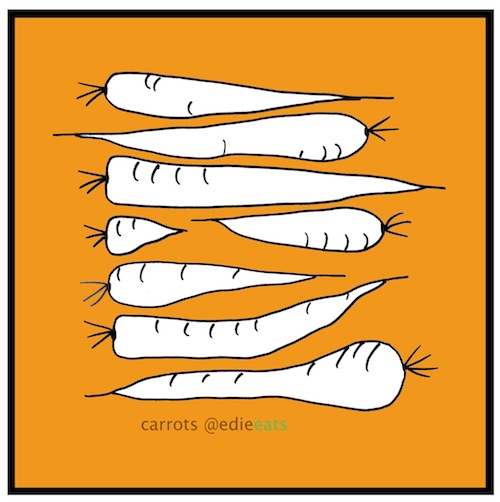 A sore throat for days. Delusional dreams due to the cough syrup. But not really sick enough to cancel work. That’s how I struggled through the week. But the one dish I cooked at home this week found it’s way to the blog: Chicken veggie noodle soup with lots of ginger.

It made me feel better in all kinds of ways.

After working 3 nights in a row, I had to work during the day on Wednesday. It went well, but during clean up I felt I still wasn’t fully recovered.

Chicken soup to be precise.

I had chicken drumsticks in my fridge, as I forgot to bring them to the cooking class I had bought them for (Fortunately I found out in time to buy them again before class started – but it says a lot about my mood and capacities of those days, right?).

So I stopped at the produce store after work and bought a thick leek, 3 carrots and a celery. And the largest piece of ginger that I ever bought. I grabbed some lemons too. The rest I needed I had in my fridge.

Of course there are rules to making stock, but I deliberately broke them all. I couldn’t care for a clear broth, I just wanted to get the soup done.

So I kinda seared 4 chicken drumsticks in a large pot. The pan was not hot enough, so they got stuck to the bottom when I tried to turn them. Ah, well. I let them. Sprinkled salt and pepper over them as I forgot to do that beforehand.
Peeled and minced the onion and dumped it on top of the chicken. Poured some white wine on top and let that boil.
Cleaned the green part of the leek and cut it into half rings. Went into the pan too. Just like two stalks celery and two peeled carrots, all in slices. Some thyme, 2 bay leaves and some firm twists of my pepper grinder. By that time the wine was reduced and not much was left.

Then I submerged it all with water. Just almost to the rim of the pot and brought it to a boil while I more or less cleaned my counter.

Moved the pan to the smallest pit and trusted it to simmer with lid on.

‘Cause I went to bed.

Two hours later I felt a bit more revived, so I went back to the kitchen. Cleaned my counter a bit better before I poured my stock through a sieve and cleaned and chopped the white part of the leeks, 1 more celery stalk and the last carrot. Minced some garlic and a large piece of the ginger too.

All fresh veggies and garlic went back into the pot with the stock. I scraped the meat off the chicken drumsticks and added that too. The noodles package said they needed 6 minutes, so I waited a bit before they went into the pan.
I brought up the flavor of my soup with celery salt and pepper.

Served Mr Eats‘ portion of my improvised Chicken veggie noodle soup with only a tiny bit of ginger, mine with the rest. Chopped parsley on top and a nice piece of bread and half a lemon to squeeze over it on the side.

The dinner I needed most.

Unfortunately it didn’t revive me completely to be able to write a ‘normal’ blog post or recipe. I’ll be back next week with that.

3 Replies to “Chicken veggie noodle soup with lots of ginger for the sick, aka me”