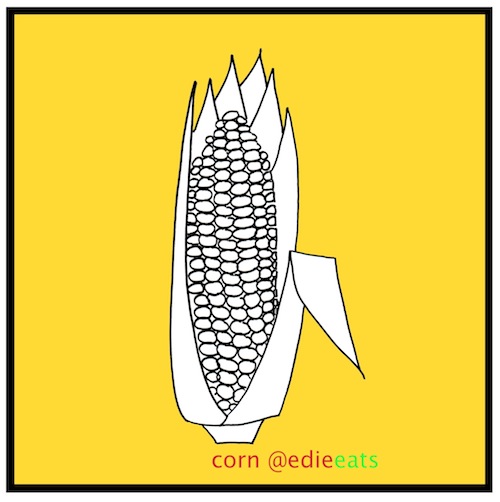 My move to California made me more interested in language than ever before. And not only because I learn about new dishes with funny names.

Like a Cobb Salad, we don’t have that one in The Netherlands.

When talking, and writing for that matter, in your native language it’s easy to take it for granted. You don’t have to think about the words or expressions you’re using, since they’re so familiar.

Take these two sentences. In Dutch I would have used totally different words or expressions. ‘Mother’s language’ in stead of native. And the last phrase possibly would be something like ‘since they’re poured in with a porridge spoon’. [Do you like this one Dorene?]

Yesterday I was musing about the name of a kind of lettuce.

I’d never given the name a serious thought. Although it’s a bit odd to call a kind of lettuce iceberg, as an iceberg is harmful for ships named Titanic. Lettuces, as far as I know, aren’t.

It was the word iceberg that confused me a bit. It somehow didn’t sound English enough to me as the word resembles the Dutch version a little bit too much. We only spell and pronounce it slightly different; ijsberg. IJs* is ice and is frozen water, although we also use ijs for your icecream.
So far no problem. It is the last part of the word that puzzled me most. What the heck is a ‘berg’ in English? I know ‘berg’ in Dutch is ‘mountain’ in English, but you don’t call it a ‘ice mountain’, do you?

So I took a deeper dive into it.

And I was right, ice mountain isn’t a proper English term. It’s used though, as a name for a water brand and a mountain ridge in West Virginia.  I turned to wikipedia, which explained to me that you English speakers borrowed (and never gave back for that matter) it from my mother’s language. So Titanics not only capseize  – which we stole from you guys, we say kapseizen! And in turn, you probably took it from the Spanish capuzar. – on Dutch ijsbergen, but also on English icebergs.

But then, why do we both call a kind of lettuce after threat to big ships?

My guess, and now maybe yours as well, was that this kind of lettuce was a Dutch invention. Maybe named after the inventor? Wrong, IJsberg isn’t a family name in The Netherlands. So I tried wikipedia again, but there is no lemma for iceberg lettuce in English. In Dutch there is though. And to my surprise and to complete the circle it tells me this:
“Iceberg lettuce (Lactuca sativa) is a kind of lettuce that was introduced in California at the beginning of the 20th century. For preservation during the export by train from the west to the east coast, the lettuce was kept on ice. Hence the name.”

So it only made sense to make a Californian kind of salad with that iceberg lettuce I had bought and only used a few leaves off.

And for my Dutch readers I will answer the question that indisputably pop up in your heads now:

What’s a Cobb salad?
As non-American I only heard about it after I moved to California from The Netherlands, but never made or eat it. Wikipedia can tell you all about the disputes on the origin and name-giver of it. What you need to know is this: it’s a salad with chopped lettuce and other goodies laid next to each other in a deep plate. Although there more or less is an original recipe, it’s a wonderful idea to play with. Just like we do with carpaccio, and give everything sliced finely from beef to pineapple this name.

My version of the Cobb Salad was inspired by what I had in fridge and freezer.

= Please skip this part if you only come here for the recipe. You find that below my illustration. =
* Yup, IJ is how we traditionally capital the ‘ij’, although officially it’s just an (often used) combination of the two letters I and J. It might confuse you with the Y, which we have as well, but only use in borrowed words that already have that letter (like baby). In pronunciation, though,  IJ and Y aren’t the same. Only in my family, as some of us spell our family name like I do, where others use an Y. But you don’t hear the difference when we introduce ourselves, I think that’s because of the letter E preceding the IJ (or Y).
Want some explanation? Read on. In Dutch, there  are many words with the letter combination ‘EI’ that we pronounce the same as ‘IJ’. Therefore, we call ‘EI’ a ‘short IJ” and IJ is called the long IJ (but not a long EI). Confused? Just look at the letters used. Even more fun, IJ and EI are not only often used letter combinations but also words by itself. ‘IJ’ (always in capital) is a big water north of Amsterdam, ‘ei‘ is our word for egg. Oh, and Y we call an i-greg or ypsilon.
Hey, don’t sigh! I warned you in my first sentence, and then in green again!

My Fridge’s take on a Cobb Salad

You can make a Cobb Salad the way it’s supposed to be, but I just looked in my fridge (bacon, lettuce, cucumber, sauce), freezer (chicken, corn) and on my counter (tomato, avocado) for inspiration. Worked out great! So give it a try and let me know what you thought of this version.

You do:
Mix sauce ingredients. Chop garlic, spring onion and parsley and mix with yogurt, salt and pepper. Dilute with some water or milk to make it a little more runny. Let it develop flavor while you’re working on the salad itself.

Fry the bacon. Heat a medium-sized skillet over moderate heat and fry the bacon until golden brown. Drain on paper towel. Don’t discard the bacon fat.

Chop lettuce in wedges, avocado, tomato and cucumber in small piece. Lay next to each other on 2 plates or one bigger one. Scoop the meat of the chicken drumsticks and cut into smaller pieces. Cut the corn kernels off the cob. Add to the plate(s) as well.

Drizzle the sauce and the bacon fat over the salad. Maybe some pepper as well.

In love with salads? Check these recipes. Or try my other recipes with chicken.

4 Replies to “Giving it a name: Cobb Salad”