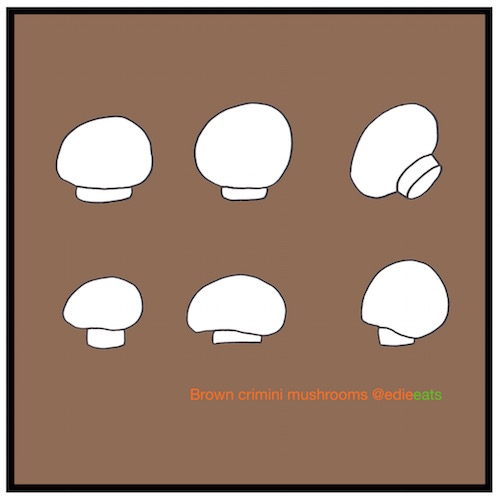 The man reminded me of my … eh … Well, how to bename our relationship? I called him Uncle Henry. And what fascinated me most was the way he ate. The man in the restaurant brought back that captivation. I just love watching French men eat.

I couldn’t see his plate, but I guessed the modern Californian style restaurant at the Ferry Building in San Francisco didn’t serve him this French classic coq au vin, the famous Red wine chicken and mushrooms stew. But he would probably loves it, just like my late Uncle Henry did.

Uncle Henry was the husband of my grandmother’s sister.

My grandmother (same one) lost her dad at a young age. Her mother remarried a painter and he took his wife and her two daughters to the Provence in the south of France. More girls were born, all got stuck in France. Not my grandmother; she met and married the Dutch man that became my grandfather. Her sister, our grandaunt Tante Annie married her French love Uncle Henry.
Uncle Henry never learned to speak Dutch, neither did my grandfather learned to speak French, although they spend many weeks a year in each others houses. When Uncle Henry and my grandmother’s sister Annie were at my grandparents’, he just was around. Smiling to us, trying to make contact, without being able to talk with us. It created distance. Mystery.

And I especially got fascinated by the way he ate.

Some weeks ago in a restaurant I had a perfect view on a couple of which I couldn’t figure out what their relation was. I guessed father-daughter as she looked younger than he, and kinda talked in a way a daughter appears to do as the rolls of parenthood seem to turn after a certain point in life. Most of the time he just sat there, while she was trying to keep up the conversation. And her good mood, so it seemed. He sat straight up, with his belly pressed against the table. The table was a bit too high for him to really eat comfy, which he routinely overcame.


He ate with that overwhelming familiarity that only those being exposed to good food all their life tend to have.

Concentrated and relaxed at the same time, he ate. Not extremely focused on enjoying the flavors in his mouth, like newborn foodies tend to do. He ate with that overwhelming familiarity that only those being exposed to good food all their life tend to have. In his left hand he held is fork, his right grabbed for the bread; he used it as a knife to shove the food to his fork. Or just to ladle up some sauce. The way I remember my French uncle Henry ate. The way all Frenchmen seem to eat and what to me seems the best way to eat.

If this restaurant man really was a French, I’ll never know. But the way he ate made me believe so. I think he would have liked this classic French Coq-au-vin; Red wine chicken and mushrooms stew. As it’s great to eat with good artisan white bread.

A friend of mine taught me to make this French stew Coq au vin (Rooster in red wine). You can eat it with good (white) bread, but mashed potatoes and some green beans will be great as well. Make it for two, or double the amounts and freeze it for another day. Preferably eat it the French way, see above! 😉

You do:
Fry the bacon. Heat a Dutch oven or other pan that’s great for stewing. Cut the bacon in shivers and fry them until nice golden brown. Remove the bacon from the pan, but leave its grease in.

Sear the chicken. Separate thigh and drum stick if you have whole legs. Fry them in the bacon grease. Do not overcrowd your pan as it takes longer for the meat to color golden brown. Remove from the pan and set aside.
[If needed, add some extra butter or olive oil for next portions of chicken.]

Bake both kind of onions. Peel shallots, but keep ’em whole. Peel onions and cut in halved rings. Bake the onions and shallots in the baking grease on low-medium heat, add some extra butter or olive oil if needed. A minute of 5 will do. Peel and cut the garlic and add the last minute.

Make the roux. Add bacon and all greases it had let go while cooling down to the pan. Add the flour and stir. Bake the mixture that is called ‘roux’ on low fire until you see it becomes a bit shiny, Try not to brown it further.

Add wine and flavor. When the roux is shining, add a splash of wine. Stir and you see a sauce evolving. Add more wine. Stir again. Do so another time with the rest of the wine. Add the stock paste, bay leave and thyme.

Let it simmer. For about 30-40 minutes. Pour yourself a glass and enjoy the wait.

Add the mushrooms. Clean the crimini mushrooms, trim the end and half/quarter them. Let them simmer in the stew for another 15 minutes. The stew is ready when the meat falls of the bones. Add salt and pepper to taste (or some more stock paste, that’ll do the trick as well!).