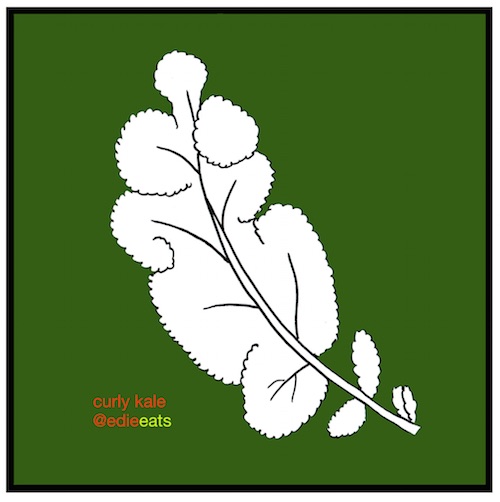 My love for books started young. My love for eating with my hands as well. Has the latter something to do with the first?

Anyways, here’s a great recipe for flatbread quesedilla with kale.

As a kid, my favorite book series was The Famous Five. Or simply De Vijf (try it out loud!) as it was called in The Netherlands. I collected the entire first series of 21 books about the five adventurers that always involved one or more unfriendly adults and a hidden passageway that leaded to or from the trouble the bunch got into.
A world apart from my little world, where I was being alone, reading in my room a lot. Jealous I felt, by the freedom the five had. In every book the went out on trips on their own! Without adults! Sometimes even for multiple days camping. Another exclamation mark. Hello child protection agencies. And the fourth. I mean, they were between 9 and 13 years old (or 12 in some of the books). Fifth (see what I’m doing here?) exclamation mark.

Although I never understood how a 12 year old could stand up against adults, the eldest guy of the bunch, Julian, was such a well-behaved, sensible kid. Always reasonable and a bit boring maybe, in retrospect. The main reason though, that they were allowed to go out their own was Tim(my), their guardian dog*. He saved the four cousins from multiple nasty situations and wasn’t anything like the friendly, amiable dog Loekie I had myself at the time.
My favorite character was George. Not only she was the main lead, the most adventurous, she was also Timmy’s boss and a girl that refused to listen to her real name Georgina. Although that name and her hate of it saved them more than once from being captive.
The younger brother of Julian was funny Dick, in Dutch also literally as he was a bit overweight (which we call being ‘dik’). Anne was the youngest and sister to the two boys. She was the most careful (anxious would George say) and mothering the other adventurers, for instance by making them food. I remember being intrigued by such a young kid knowing how to cook.

I unraveled the mystery when I found one of the books being downloaded on my ebook. Curious after all those years, of course I reread it. Felt immediately back in the timeless English country side where people lived in cottages and secret tunnels we’re to be found everywhere. And yes, I understood why I kept the books with me until in my late teens, as the easy stories were comforting, always ending well and turned out to be a great and fast re-read when sick in bed.

But what did they cook?

They had or bought – always at a near farm, while I had never been on one at that time – bread, always ate hard boiled eggs and sometimes meat or cheese. With that they mostly drank lemonade or the occasional jug of milk. Yup, the five picnicked, so not so much cooking involved. But looooots of eating with your hands. Sounds like a win-win to me.

For this recipe for a flatbread quesedilla with kale, you need to use the stove, but it’s so simple, a nine year-old with some experience definitely can make it. And yes, you’ll eat it with my favorite kitchen tools of all: your hands!

A simple, nice lunch or easy dinner meal. Made up on the go when finishing some left-overs, but definitely worth buying all the ingredients for. The recipe is for 1 quesedilla, which was more than enough for a great vegetarian lunch for me.

You do:
Braise the kale. Peel and chop the onion and bake it in 1 tablespoon of olive oil in a skillet. Tear the leaves of the kale from their stems and cut in fine slivers. Add to the onion and let cook for about 5 minutes. Add tomato paste and water and let simmer until kale is done to your taste and all water being absorbed/evaporated. I like it done. If you prefer the kale to stay a bit firm, add less water. Add pepper to taste, salt shouldn’t be necessary as the olives and feta provide plenty of it.

Spread one flatbread with hummus. Top of with thin slices of the olives and feta to taste. Divide the kale on top and cover with the second flatbread.

Tip: You’d also can opt for using only one flatbread, while cutting it into two halves.

Be careful when eating when it’s still warm!

Here’s some more recipes with kale. Or check the overview of all my recipes, or only my vegan and vegetarian recipes.