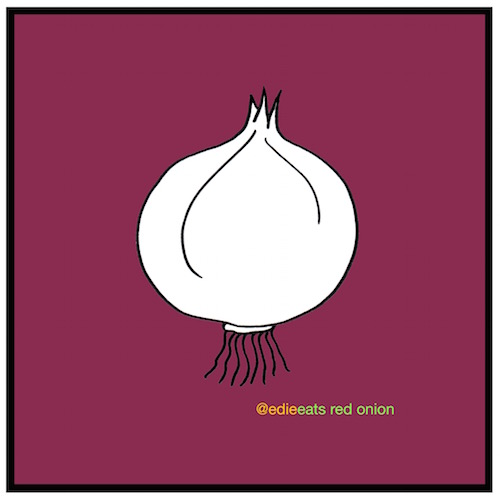 She may be the queen, but I prefer the modest princess.

Yeah, I’m talking veggies and made a great Pasta with broccoli rabe with fried red onions on top.

In the Netherlands, the white asparagus is called queen of the veggies. With her appearance early April, she’s the one to herald Spring. I really can’t think of another vegetable who’s coming out (pun intended) is celebrated with such a posh.

While there actually is another vegetable that make the hearts of most food lovers really open, as the real, first announcer of Spring. After a cold winter where only cabbages and root vegetables could grow or kept to feed us, we welcome the green leaves of … Raapsteeltjes.

The real royals of Spring. If you’d ask me.

Even though I hardly could call it a winter here in California, I almost envied my favorite Dutch food bloggers that celebrated the first beams of sunshine with Raapsteeltjes. Just like I used to do. For the first salad of the year or mixed with mashed potatoes for a humble, bright hotchpot.
But I don’t want to complain about my life in warm and sunny California, where some days now in April are as warm as an average Dutch summer already. (Only not today with it’s rain and predicted thunderstorms!) I love California for another reason, as it also brings me new veggies to explore and to love.

I had bought a bunch and was thinking pasta. But most of all, I wanted to know what it is, that broccoli rabe as it didn’t look familiar. So I turned to Wikipedia almighty. The first paragraph described the green, slightly bitter vegetable  also named rapini, in an accurate way.

Then my breath caught.

There it was. I could read it.

In the second paragraph: “In Italy, it is called cime di rapa (literally meaning “turnip tops”).”

But that .. that … that are raapsteeltjes!

I checked the Dutch wikipedia, and yep, in English they’re also called ‘turnip tops’. The greens of turnips. Nowadays specifically grown for their leaves. Both in the old as in my new country.

So why didn’t I know it immediately, you might ask?
Well, in The Netherlands we only grow the raapsteeltjes for their leaves, which can be up to 10 inch | 25 cm long. Broccoli rabes on the other hand are harvested with stems and unopened flowers and all, and look quite different this way.

Today’s lesson
You can mourn over something, but there’s always another thing to cheer about. Or so. Well, I might not be a poet, but I kind of rediscovered my fav’ veggie and made a dish with it I never had made with Dutch raapsteeltjes, so I had double the fun.

How about you, going to give this recipe a try? Or is there a way you can do something else with a vegetable that you only use in one particular way? Just let me know what veggie, I might have a nice suggestion for you! Or check the all-my-recipes-page for inspiration.

Pasta with broccoli rabe with fried red onions on top

The fried red onions bring a nice balance to the bitter broccoli rabe. You can omit the anchovies to have a vegetarian dish, but add some capers in stead as you need the saltiness to power up the onions. Make sure you only fry, not burn them.

You do:
Boil some water. Take your biggest pot, fill it with water (and some vegetable paste) and bring to a boil.

Note: depending on the prescribed boiling time of the pasta, you can wait with frying the onion and garlic as this takes approx. 10 minutes.

Fry the onion. Heat a big skillet (a wok preferably) with the olive oil and anchovies fillets on high heat and let the fish melt. In the mean time, peel the onion and slice it in thin half rings. Add to the oil and fry in approx. 5 minutes till golden brown. Have the garlic chopped and add for another minute, also until golden. Remove from the skillet and set apart.

Boil the pasta. Salt the water, add the pasta and bring the water back to a boil. In the mean time, prepare the broccoli rabe. Divide stems and leaves/flowers. Remove lowest inch | 2 cm of the stalks and trow out. Cut the rest of the stalks in 1/4 inch | 1/2 cm pieces. Add them to the pasta. Cut the leaves and flowers in 1 inch | 2 cm size pieces. Cook them the last 5 minutes with the pasta. Sieve.

Bake the pasta and broccoli rabe in the hot skillet. Add the cream and let boil for about 2 minutes. Add salt and pepper to taste.

Serve the pasta with broccoli rabe and the golden fried red onions on top.

Add some cheese. Some people prefer harmony, while others like things to be shaken up. In their mouths I mean. Are you like Mr Eats, then add some cream cheese. Or opt for blue cheese like me.

TiP: If you don’t want to add cheese, why don’t you make some more of the fried onions by adding one?

8 Replies to “About new and old friends: Pasta with Broccoli Rabe and anchovies”