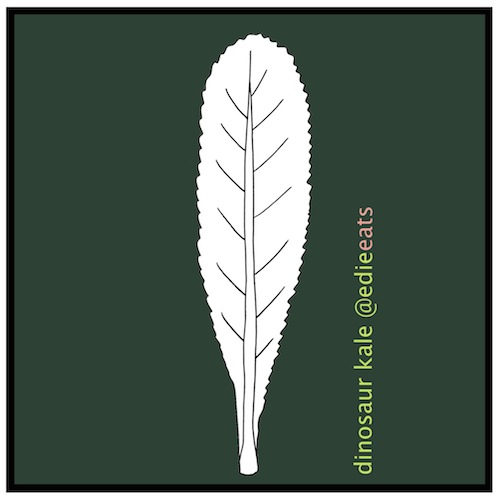 Did you know that one of the most popular Dutch dishes since ages is made with kale? But now I prepare kale Californian style, like in this Raw kale salad with glazed parsnips and a quick shallot confit.

>>
The Dutch’s favorite winter recipe with kale goes as follows: we boil it – almost to death – about  20 to 35 min, boil also some potatoes and mash it all up with some butter, pepper, salt and nutmeg. Great in winter, in particular with a smoked sausage on top. And lots of gravy of course! We therefor make a hole in the kale mash to pour it in!

Yep, we’re real gourmands there in the Netherlands.

Ha, just kidding of course. We also eat some pretty fancy food these days, but this classic, well, is a classic, and thus must be treated and loved as such. (my recipe for it in Dutch)
But I’m not kidding, this is what most of us Dutch only do with kale. Sometimes I cook it to make a pie or pasta with salami (sorry, both recipies in Dutch again), but that was about it.

So in preperation for my new life here in California I tried it once. Raw kale. On one of my last cold winter days I pulled off a piece of one of the leaves of the kale I bought at the market and chew on it. And immediately declared you guys nuts. It was bitter, tough and really uneatable. The rest of the bunch I cooked, properly. And mashed it.

But the kale kept on lingering in my mind. Partly because it’s impossible to avoid it, as here in California I’m surrounded by it. “Kale = kool”, said a button on a Whole Foods’ cashier’s apron. You can buy it in lots of varieties in every supermarket. Came across some recipes online, which all tell you to massage (!) the cabbage. And even found out about a cookbook totally dedicated to kale. Let them eat kale is written by Julia Mueller whose food blog name could be mine: The roasted root. I haven’t seen her book yet, but it made me decisive to give kale another try – as someone who loves to roast her veggies might really know about kale as well.

At my new favorite produce store I took a bite from the dino(saur) kale, which wasn’t that bad as the one I tried in the Netherlands, so I decided to buy the bunch.

This (raw) kale salad with glazed parsnip and the quick shallot chutney really worked! The bitterness is greatly balanced by sweet (parsnip, confit), sour (lemon juice), salt (bacon, cheese) and umami (idem). Next to this harmony of flavors, my secret was to add a lot of other chewy ingredients, so the kale isn’t the only one to munch on. Oh, well, and don’t forget to massage the kale of course!

* Dinosaur, or just Dino kale is also named Tuscan or lacinato kale or find it by its Italian name cavolo nero.

You do:
Massage the kale. Rip the leaves of the stems and cut the leaves into small pieces. Mix tahini, lemon juice and olive oil and knead this dressing one handedly trough the kale leaves. Give it all your love. Or anger if you need to get rid of any. Set aside.

Use you skillet wisely. Preheat it at medium heat and roast the macadamia nuts until they start to color and smell great. Remove from the skillet and bake the bacon slices in the hot skillet. Until crispy. Let cool down on some paper towel.
In the mean time clean the parsnip, I prefer to peel them. Cut into small, 1/2 inch size pieces. Bake them in the bacon grease (you may want to add some extra butter) at medium heat. After they’re browned, add 1 teaspoon maple syrup and 1/4 cup of water. Let simmer at very low heat until done.

Make the quick shallot chutney. Half and peel the shallots and cut them in (halved) rings. Preheat the butter in a saucepan and bake the shallots at medium heat until transparent. Stir regularly. Add the rest of the maple syrup and water, cover and let simmer until soft.

Prepare the last ingredients. Clean the pear, peel if you like (I didn’t), cut into 4 pieces, discard core and cut the fruit in small pieces. Crumble or cut the blue cheese in same sized pieces.

Plate. Kale first, hot parsnip pieces, pear, bacon, macadamia and blue cheese on top. Cover with the shallot chutney. For extra taste, squeeze some extra lemon juice over it. Maybe it needs some pepper and salt as well.

Enjoy!
For a vegetarian recipe, you easily can leave out the bacon. Not sure if leaving out the cheese will make it a good vegan dish, as the saltiness of it really gives the dish that je-ne-sais-quoi. Well, necessary freshness. But feel free to try it!